Get to know the 2022 Ellis County Stars 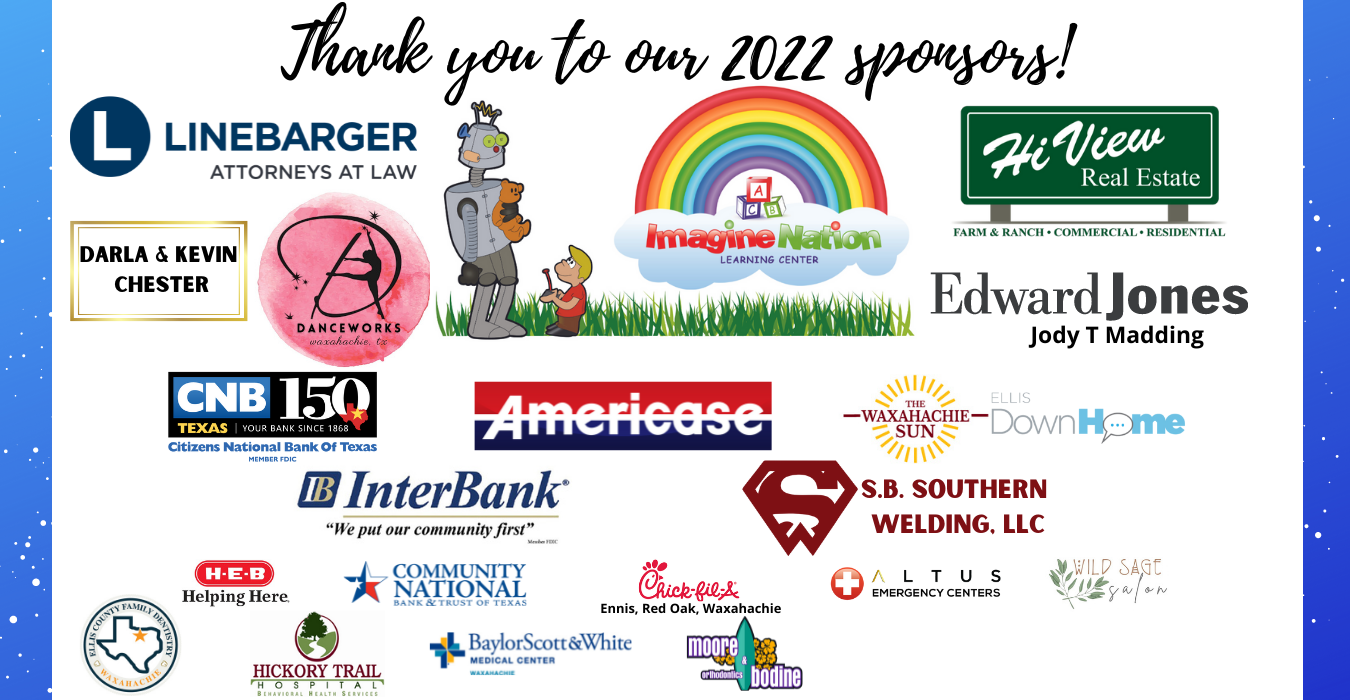 Ticket sales are closed for 2022! Please follow us on social media for any updates on Dancing with the Ellis County Stars! 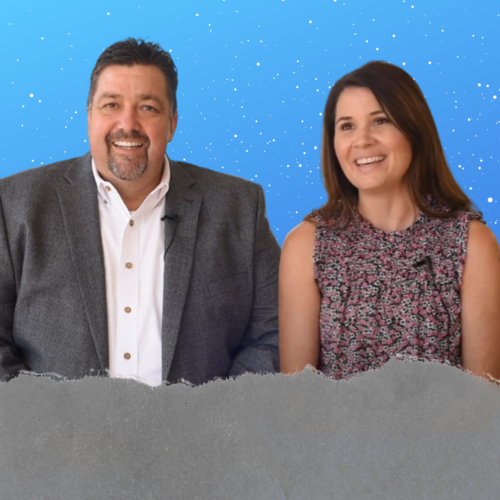 Lane Grayson has been an Ellis County Commissioner since 2015 but also has experience as a service contractor in the community. Lane and the love of his life, Brooke have been married for 26 years and have 4 children.

Lane has lived in Ellis County, specifically Ennis, for over 40 years. He believes communicating with the residents of Ellis County is the best way to better this county! Lane and Brooke support the community by volunteering for organizations that serve women and children.

Here is how Lane feels about Dancing with the Ellis County Stars: “It’s a great event. It’s a great organization doing a great work in this community…”

Julie Grayson is the owner of Danceworks in Waxahachie and has been there for almost a year. She is married to Rusty Grayson (Lane Grayson’s brother) and will be celebrating their 20th anniversary soon. Julie and Rusty have 3 daughters who are homeschooled. In her very little spare time, Julie likes to read, go on coffee dates and shop while Rusty enjoys smoking brisket and playing golf.

Julie is originally from Waco but has been living in Midlothian since 2020. She had just started discussing an opportunity to get involved in the community with her co-workers, when TBHC presented this Dancing with the Ellis County Stars event. It was a God thing, that it all lined up!

Julie decided to support TBHC because Danceworks mission, vision and core values are to “use the gift of dance to bring light to the world” and they had been wanting to do something for foster kids or underprivileged children.

VOTE FOR LANE AND JULIE 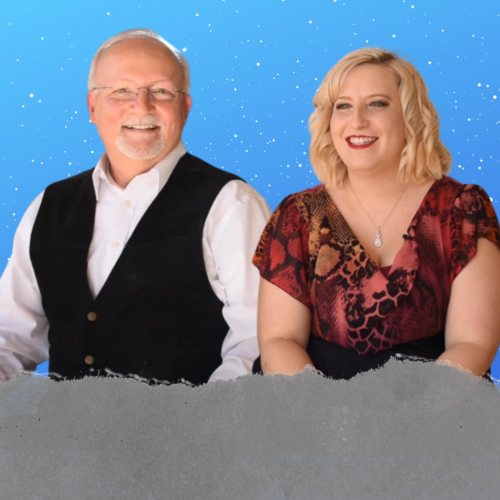 Pastor Richard Smith has been pastor of Farley Street Baptist Church for 29 years and counting. He and his wife Kim have been married for 41 years with 3 grown married children (all WHS alumni) and seven grandchildren. He loves sharing God’s Word, singing, playing the piano, and playing games with family and friends.

Richard grew up in Oklahoma City but has been in Waxahachie for 28 years. He is an OU Sooner football fan, but his greatest passion is to see people come to know Jesus Christ as their Savior and greatest friend.

When asked ‘why did you choose to support TBHC’ he said, “Never, in a million years, did I dream someone would invite me to participate in a “Dancing with the Stars” event. Obviously, they have never seen me dance. When I was first asked the answer was immediately no, but who can say no to Texas Baptist Home for the Children. I believe in and love the ministry of TBHC and want to see us help as many children as possible.”

Kara Hatchel is Pastor Richard's daughter, WHS Alumni 2009, former Cherokee Charmer (2006-2009) and married to fellow WHS alumni, Zach Hatchel. She currently works at the Health Clinic at UTA but is pursuing her master’s in Christian Counseling. Like her dad she loves God’s Word, music, and spending time with friends and family. Kara loves helping others and hopes to point those going through difficult times to Christ.

“I love the Texas Baptist Home for Children, what they stand for and how they aspire to help families. I also love our Ellis County community. Plus, I couldn’t pass up a fun opportunity to try something new with my dad.”

Fun fact: Farley Street Baptist Church was created so that back in the mid-1910s the orphans had somewhere to go to church. Pastor Richard has been the pastor for several foster parents and foster kids over the 29 years that he has served at FSBC.

VOTE FOR RICHARD AND KARA 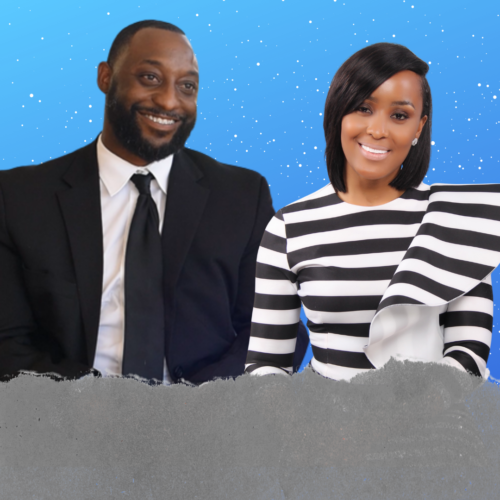 Darrin Robinson has worked for CPS and Juvenile Justice Dept. Darrin has been married to Tianna since 2013, they have 5 children (2 adults and 3 school age) and 2 grandchildren. Darrin and Tianna are both authors, speakers, mentors, ministry, and community leaders.

Darrin went to High School in Ennis and has continued to stay in the Ellis County area. The Robinsons enjoy watching or playing any sports activity, traveling, concerts and outdoor recreation. They are passionate about assisting at risk youth and families in need and founded V.O.I.D. (Victory Over Incarceration and Distractions) and Nana’s Heart.

Tianna is the owner of Legacy Publishing & Consulting and is currently pursuing a Counseling degree from Southwestern Assemblies of God University.

The Robinsons “agreed to dance for this event because TBHC is a wonderful organization that displays the heart of God by serving hundreds of children who desperately need someone to care about their lives and their future. From speaking with the President and staff members of the organization we firsthand got to see their genuine love for what they do. We strongly believe that healing communities start with healing children. Healed children create strong families, strong families change communities, which in turn can create change in the world we live in.”

Fun fact: We both are fraternal twins and the youngest of our twin sibling.

VOTE FOR DARRIN AND TIANNA 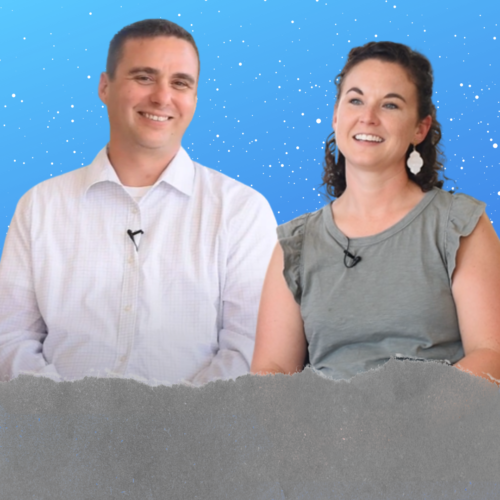 Josh Oliver is currently a Lieutenant with the Waxahachie Police Department and oversees WISD security. Josh has been with the police force since 2009 and has worked his way up the ranks. Josh has been married to Jennifer since 2006 and they have one son.

Josh was raised in the Ellis County area and works hard to keep our city and students safe. Josh’s first job was at TBHC as a foster care case manager after he earned his master’s degree in family therapy.

Jennifer has been working at Waxahachie ISD as a Speech Pathologist since 2016. She is originally from Tennessee but moved to the Ellis County area around 14 years ago.

Josh and Jennifer were foster parents through TBHC for approx. 2 years in 2016. Their desire to foster and support foster care stemmed from the hurting children that they have come across through the years in their chosen careers.

They have both said, “we love the Baptist Home (TBHC).”

VOTE FOR JOSH AND JENNIFER 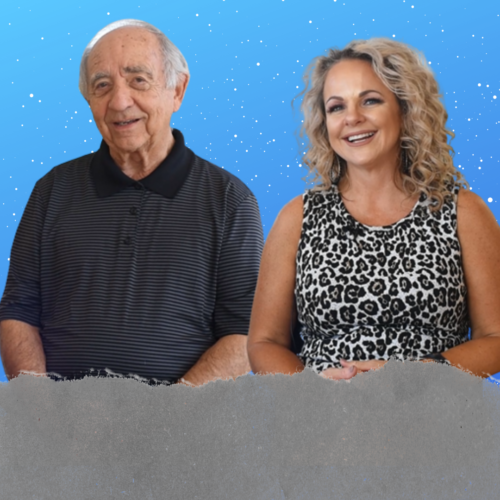 Mayor Doug Barnes retired after 18 years as the Economic Development Director of Waxahachie, was elected to the City Council and more recently in early 2021 appointed as Mayor of Waxahachie. Doug has lived in Waxahachie for 29 years and has raised 4 children.

Doug agreed to dance for TBHC because he loves music and dance, and “it’s for a good cause, its for the children and anytime you can help children, I think you ought to be involved in it…”

Julie Farrar has been Wax. Chamber of Commerce VP for almost 2 years but has also owned businesses and worked in marketing for different companies and non-profits around North Texas. She has known her husband, Eric Farrar since Kindergarten and has been married to him for 3 years. Julie has 2 sons and 3 stepdaughters. She loves spontaneity, fitness and going with the flow.

Julie is a 4th generation Waxahachie gal and is very active in all aspects of community including teaching a fitness class at Shelby Symmetry. She enjoys building relationships throughout the community and helping others engage.

Julie says “If I can do something I absolutely love doing and it goes to benefit children and families, it’s just like the perfect combination! Why not do it?”

VOTE FOR DOUG AND JULIE 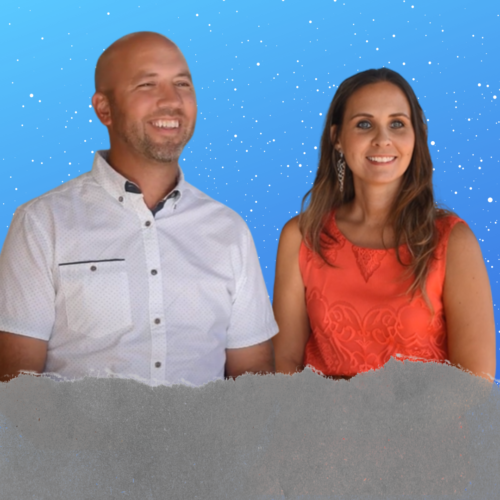 Jon McLaughlin serves as the District Executive of the Waxahachie Family YMCA and has been at the YMCA for nearly 10 years. He and Rachel have been married for 19 years and have 4 children, ages 8-13. Rachel and Jon met in Michigan and later moved to Texas in 2012. Rachel is a full-time, home-schooling mom. They spend most of their extra time with their kids’ activities, as well as church and community events.

Jon is a Waxahachie native and is actually the grandson and great-grandson of 2 former TBHC Presidents, Ted Stanley (1960-1980) and C.B. Stanley (1930-1960). Jon has many memories of the TBHC campus in Waxahachie. Rachel is from Michigan but loves and supports the Ellis County community through her church and YMCA events.

Jon and Rachel are looking forward to dancing so they can spend time together and focus their attention on one common goal. Neither have any dance experience. One of their main goals in dancing is to make the other contestants look good!

Jon says TBHC has a “special place in our hearts just for the ministry that it provides.”

Rachel agreed to dance because “I can’t think of a better place to put our energy, effort and time in to raise money for.”

VOTE FOR JON AND RACHEL