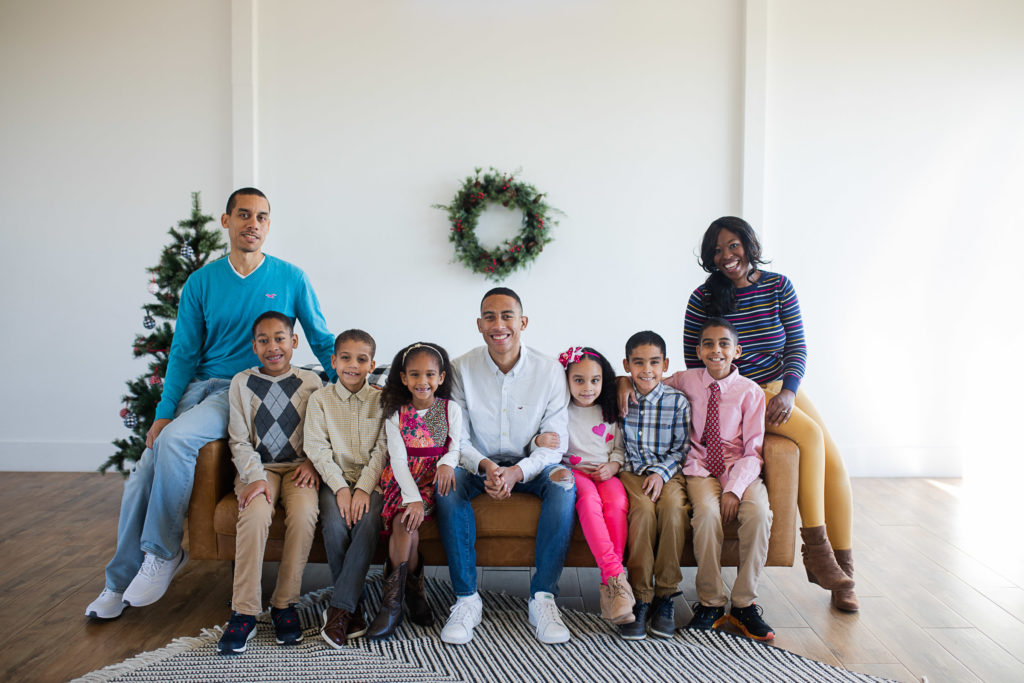 TBHC Christmas is a special time of year. This year, one of our Board of Trustee members shares why giving to TBHC is important to her and her family. Thank you for caring for TBHC kids and families this holiday season.

I am currently serving as a Trustee with TBHC Foster Care and Adoption. It has been such an honor to be involved in one of my true love and passions, Foster & Adoption. My husband and I started the process of fostering in 2011. Over the years, we have had 17 children come into our home and bless us. The last five children, a sibling group, was a finalized adoption. Our hearts are overjoyed!

Our firstborn was premature and had a tough fight with starting life, but God answered our prayers with his health. Our second pregnancy was a miscarriage, which was heartbreaking. However, we knew God had a plan and trusted in Him. In 2003, we decided that there are so many children without a forever home and we wanted to adopt in the future. We found out we were pregnant during our move from Pennsylvania to Texas in 2006 and had a healthy little Texan boy in 2007. While raising our boys and acclimating to our new home, we prayed for God to prepare us for the foster and adoption journey.

I watched it and immediately felt God letting me know these are the children for your family. I told my husband and to my surprise, he was all in too. Nothing but God! We reached out to our worker and CPS to find out more to have a chance to be matched. Time went on, and a friend told us that they had been adopted. I was initially hurt. I thought these were my babies. But I continued to pray for them and that they were in a loving home.

In March of 2017, I received a call asking if we were still interested in a sibling group of 5 because they were not adopted yet after all. Again GOD! We were chosen as a match and finalized adoption later that year. Going from 2 kiddos to 7 has been a huge adjustment, but God continues to guide us every day!

TBHC understands what it means to help children in care and the support needed for foster or adoptive families. They share the same love and passion that I have for God’s children. None of this would be possible without God and donors and supporters like YOU. Thank you for taking an interest and contributing to finding safe, loving, and caring homes for the children.

By giving to TBHC this Christmas season, you are playing an important part in meeting needs, protecting children, and promoting family. TBHC kid’s lives will be forever changed and blessed because of your generosity.

Give to TBHC Christmas Here